CES 2010 – HTC Smart, a smartphone for all pockets

While some companies break the barrier of 1 GHz mobile phone processors exceed 4.5-inch diagonal screen, Samsung returns to the public with good news. The company announced today the HTC Smart model, which you can admire below a mass of publicly available telephone. 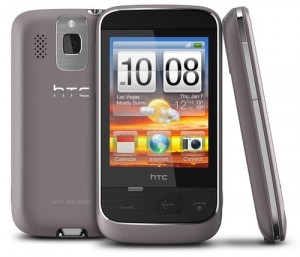 CES 2010 – HTC Smart, a smartphone for all pockets

The terminal will significantly reduce the cost, relying on the Brew platform, those from Qualcomm, instead of Android and Windows Mobile. Among its specifications include a 300 MHz processor, 256 MB ROM, 256 MB RAM, a TFT LCD display touch 2.8 inch QVGA resolution and connectivity with HSDPA / WCDMA.

Smart’s facilities includes quad band GSM / GPRS / EDGE, Bluetooth 2.0 with A2DP, a 3.5 mm audio jack, a 3 megapixel camera with fixed focus and flash, plus a 1100 mAh battery and a microSD card slot. HTC Smart will arrive on the European market this spring and will use the famous HTC Sense interface.

“HTC has always focused on listening to customers and setting the stage for new mobile categories and HTC Smart is the response to customer demand around the world for an easier-to-use, affordable smartphone,” said Peter Chou, chief executive officer, HTC Corporation. “Just adding a touch interface doesn’t mean a phone is a smartphone; The integration of HTC Sense brings an unparalleled smartphone experience for people looking to do more on their phone.”
Source: HTC News Press