The Advantages of Using a VPN

People often associate using a VPN with some sort of shady, illicit activity, but that’s a common misconception. There are a variety of legitimate reasons to use a VPN, but first I’ll explain what a VPN is. A Virtual Private Network, or VPN, is an encrypted tunnel between your computer and a remote server that gives you added security when using the Internet. We’re living in a day and age where you can literally access the Internet from just about anywhere; from libraries, fast food restaurants, you can even connect to Wi-Fi while browsing for groceries but that doesn’t mean the connection is necessarily secure. Often times, when people try to access the Internet remotely or through a public hotspot, it can leave you vulnerable to cyber attacks. In fact, studies have shown that nearly half of cyber attacks occur while being connected to a public hotspot or through a communal Internet connection.

There were more than 350,000 cyber-related incidents in 2017, but since a vast majority of these attacks go unreported, those numbers could easily exceed a million. Nearly 130,000 of these crimes were ransomware attacks on businesses, which is the most common type of cyber threat. Public hotspots aren’t the only place you need to worry about; many hackers are becoming more clever and devious and can easily find ways to attack your home computer, which places all your personal information in jeopardy. In 2017, there was a data breach, which led to more than 158 million Social Security Numbers being exposed. The only way to really protect yourself from cyber attack is by contacting a company like TorGuard and getting a VPN. This will ensure that you never become a victim of cybercrime. Here are some of the advantages of using a VPN.

One of the biggest advantages of using a VPN is it provides enhanced security. When it comes to browsing the Internet, a person can never have enough security. The Internet can seem like a scary place. From hackers, spammers, to spoofers, using a VPN provides you added protection against these types of threats.

There is nothing worst then browsing the Internet and suddenly you’re hit by a barrage of pesky pop-up ads. Using a VPN with a built-in blocker will not only help reduce ads, but it will also block their ability to track your browsing history. This means you’ll see fewer targeted ads and ads in general, which are often times riddled with malware. Everyone has had that moment, where an embarrassing ad pops up, simply because you accidentally typed it into the Google search engine.

Allows You to Bypass GEO Restrictions

Have you ever tried to watch a video on YouTube or a movie on Netflix, just to find out that it isn’t accessible in your country? This is a problem many people face, which is why they’ll typically use a VPN to mask or change their geographical location. VPN’s can be especially useful for people living in oppressive countries who want to know what exactly is going on in the rest of the world.

You No Longer Have to Worry about Bandwidth Throttling

Often times Internet providers will throttle your Internet speed to help boost their profits, which in recent years has become a fairly common practice. You’ll usually notice this when you try to use a streaming service, such as Netflix or Hulu, all of a sudden in the middle of your movie, your Internet speed will decrease dramatically or even come to a complete halt, which is due to the fact that most of these streaming sites take up a lot of bandwidth and by doing this, your Internet provider can get you to spend more money on larger bandwidth packages. If you use a VPN, it will hide your online activity, this way your Internet service provider won’t be able to see that you’re streaming a video, which means you’re less likely to experience throttling problems. 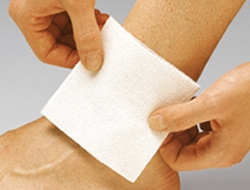 Don’t Get Left Behind in the Digital Age