Until we get to control computers on the brain, we could suffer the exact opposite. That means that we might be directly dependent on a computer! 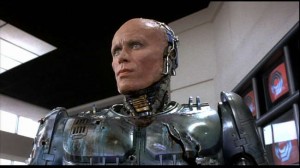 Motorola transforms you in Robocop

Motorola has introduced a new concept of portable computer (Kopin Golden-i) that attaches to the head and you will turn into a real … Robocop.

As we look around at real things, on a mini-screen placed in front of me will read price information, as was the policeman in the movie.

Video – Motorola transforms you in Robocop

Because of the hardware point of view, things are pretty clear, much remains to be seen how developers will be able to create special computer software that could be carried all the time.

Concepts of this kind we met, but this is the first that comes from a company that has financial strength to complete such a project.
Source: ArmDevices